Tina's Closet In The Media 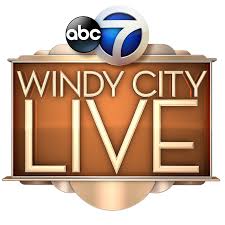 If there was a magic potion that could make a woman look 10 pounds slimmer and her clothes fit better, would she take it? Unfortunately no such bottled solution exists, but finding the right bra to add some lift may do the trick.

Tina Karakourtis, owner of Tina’s Closet, an undergarment specialty shop in downtown Lisle, has been helping women find a great lift both physically and emotionally for more than two decades.

“We have women who come in who can’t stand their bodies and think they have weird body shapes,” Karakourtis said. “I bring the self-esteem back. My customers keep coming back because they say, ‘Tina, this is the best bra I’ve ever had.’”

Tina discusses her talent in an article that appeared in the Chicago Tribune. The article, ‘The Right Fit for a Rite of Passage,’ was about getting a girl her first bra.

‘The Right Fit for a Rite of Passage,’ was about engineering ‘A Perfect Fit’ for a girl’s first bra.

According to The Chicago Sun-Times Tina’s Closet Inc. deals in what local free lance writer David Jakubiak dubs “Magnificent Unmentionables.” Jakubiak goes on to tell more about the services Tina provides for her clients.

“Owner Tina Karakourtis opened her store 18 years ago knowing one rarely spoken fact: Most of the time women’s undies just don’t fit right. Specializing in bra fitting – not to mention sleepwear fitting, swimwear fitting, and jean fitting — this self-proclaimed Fairy Godmother of snug undergarments has brought the perfect fit to women of all shapes, sizes, circumstances and situations. ‘We even have a woman who comes up from Ohio every year just to get her bras,’ she says.”

In the Daily Herald an article appeared by Amy Boerema about the history and purpose behind Tina’s Closet Inc. In the article Tina explains some of the adversity she faces when first starting out.

‘ “I’ll help you get into the best-fitting bra you can buy,” owner Tina Karakourtis said. “It’s a lost art. You can’t find someone who will fit a bra anywhere.” And to think it wouldn’t have happened if she had listened to her critics. Karakourtis had seen many women wearing wrong-sized bras when she worked in a maternity store. But when she applied for loans to begin a business, her loan officer said women didn’t need help with bra fittings.’

‘The boutique sells bras, sleepwear, loungewear, formalwear, sportswear and swimwear. It even has a gift wrap counter. Personal bra fittings remain the store’s specialty. Walker, who stops in about twice +a month, has bought her every bra, lingerie piece and swimsuit there since she discovered the store. She’ll zoom over from Oak Brook with co-workers during lunch. She estimates she has recommended the store to more than 1,000 people. “Every bra in my drawer went out the door after I discovered it,” she said. “I was wearing the wrong size; it was falling off my shoulder. I had back pain.” Walker said Karakourtis simply understands women. “Once you’re there, you go back,” she said. “You’re just sucked into everything else there is.”‘

Although her business has grown in size Tina still gives her clients the personal attention her profession requires. All her costumers are sure to benefit from her years of experience and honest desire to help put women in bras that fit them. She provides a services that can improve the quality of woman’s life like she does for Sally Walker.

Featured on ‘The Distance Podcast, Tina shares with us what it’s like being on the outside of the fitting room.

Today you’re going to hate me,” Tina Karakourtis is saying to the woman in the fitting room.

Karakourtis, whose nickname is the Bra Surgeon, has just put her customer in a bra two sizes smaller than the one she came in wearing. The bra feels uncomfortably snug now but will feel great in a few days as the fabric stretches and the woman gets used to her true size, Karakourtis explains, as she’s done thousands of times over the last three decades.

“I’m not trying to complain,” the woman, who appears to be in her late thirties or early forties, says apologetically. “I’ve just never had a bra that fit.”

“No, you complain!” Karakourtis says. “It makes my mind work.”

Minutes later, the customer is convinced and Karakourtis is thrilled: “Look at how nice your boobs look! Oh, my God!”

More than a half-million women have stood in the curtained stalls at Tina’s Closet, the store Karakourtis opened in 1987, to unburden themselves. Sometimes they vent, sometimes they argue, and sometimes they gush with grateful relief. Mostly, they just look themselves over in the full-length mirror while Karakourtis delivers one of her signature lectures on how a bra should fit…